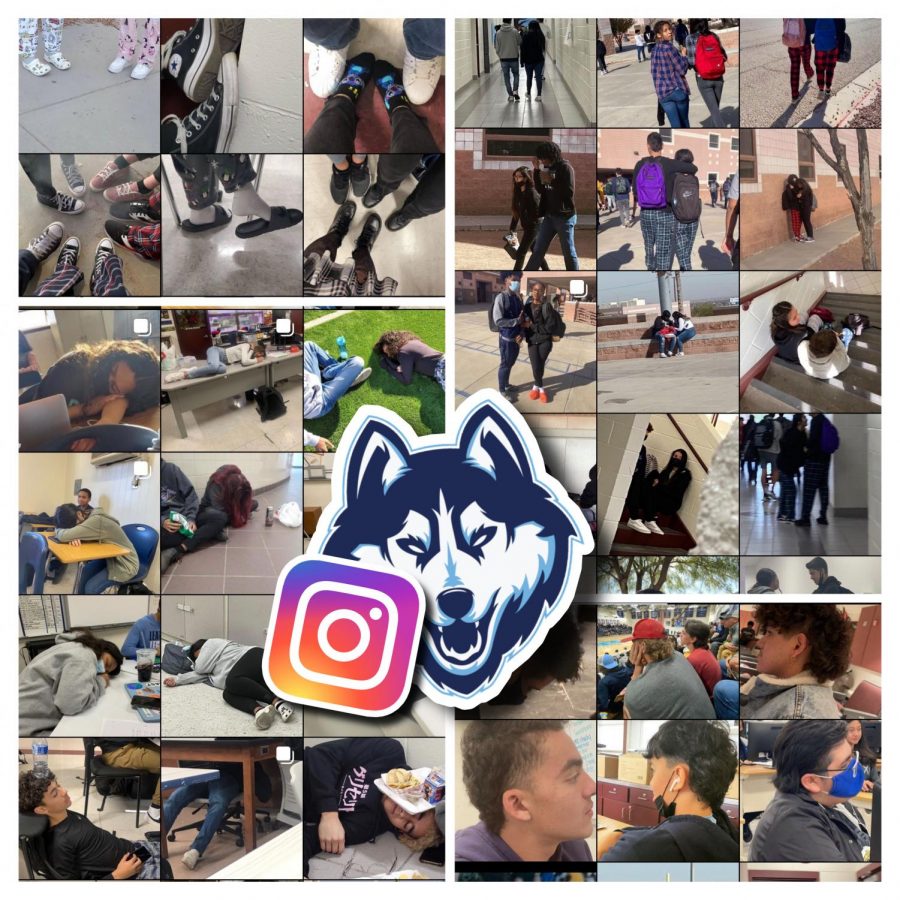 Feet, couples, sagging, sleeping, and mullets don’t have much common. What they do have in common is that they are all topics of discussion that students obsess over in new and mysterious Instagram accounts.

The accounts feature photos of students doing a variety of things. From sagging their pants in the hallways to showcasing their less-than-ideal parking skills.

One of the most popular accounts, @chapin.sleepers, is dedicated to those who snooze in class and has become an overnight hit, amassing over 700 followers in just over two weeks.

Nicholas Peña, sophomore, was among the first to be posted.

“It’s a funny thing that we have going around, and if you’re on there,” Nicholas said. “It’s like ‘Haha’ and it’s nothing bad.”

With students’ schoolwide bonding over these unique trends, one of the most notable accounts @chapin.feet shares pictures of student’s shoes and sometimes bare feet.

After direct messaging the owner of the account, they agreed to be interviewed anonymously.

“In one day, I probably get 20 plus post requests,” the owner of @chapin.feet said. “I got a request of just someone’s bare, hairy feet and legs in a dark room with the flash on, so you could see every little detail. It was quite horrifying.”

Very few people know who runs these accounts, which changes the school experience completely for the owners.

“I was sitting on the bus one day to go to CCTE and all of the sudden five kids on the bus were like ‘Have you seen all the accounts popping up? That Chapin feet one is so weird!’ and I sat there like ‘okay, they had absolutely no clue,’” the owner said.

As fun as the accounts may be for certain people, there has been some opposition. Word travels fast. Administration and staff had concerns regarding the fight videos and gossip pages that have also appeared on Instagram painting the school in a bad light.

“We’re working with law enforcement and we’re working with different kids and teachers to try to get some of this stuff down based on the content and where it goes,” assistant principal Jose Carlos said. “You don’t want to put yourself in a situation where you get tagged as a bully or in a situation where, if you’re a transfer student, you get kicked out of Chapin. I mean it can get pretty serious,” Carlos added.

With the social media accounts posting messages to request their deletion through direct messages, Carlos brought clarity to the issue on how administration takes action.

“I wouldn’t know who would have, but I personally would go straight to law enforcement on my side,” Carlos said. “Especially if it portrays our kids a certain way – We got to take care of our kids.”

But students have also been offput by the posts. As countless people are being posted without consent.

Brisa Matamoros, sophomore, was posted to @chapin_couples_21 hugging her friend Erick Moline, sophomore, without her consent; making it seem like the two were dating to their uninformed followers.

“I was really embarrassed and weirded out by it,” Brisa said. “It’s really weird because me and Erick have been friends for years. I know it was a joke, but it’s just crazy that it was posted.”

Luckily, Brisa was able to get the photo removed after direct messaging the owner of the account. Others don’t get that lucky, as many of the accounts are unable to check the hundreds of message requests that they receive.

“I haven’t been posted, but some of the [Instagram] pages are just straight up creepy,” junior Mariel Yeverino said. “Taking pictures of someone and they don’t even know. I get that we’re already in public, but nobody wants to be caught off guard and posted like that.”

Amidst the misinformation and rumors spreading on campus, assistant principal Sonia Arias said that they are not allowed to discuss such information.