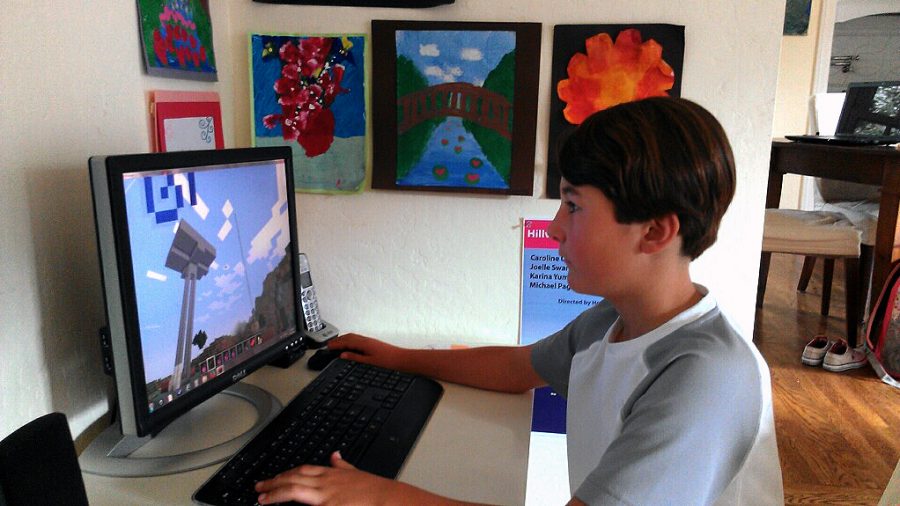 Austin Newman, 10, of Menlo Park, Calif., is not allowed to play video games during the school week. His mother, Michelle DeWolf, says she had to take that step to keep her son focused on his homework during the week.

Thousands of students are stuck inside and can’t go any were. Can’t go to malls, fast food, parks or even see each other. Students also are stuck on online classes and do all work online and in their house. People have been in quarantine for almost 2 months now and it gets boring being stuck in the house after a while. What are students doing for fun and how they are doing in classes online instead of face to face.

Millions of students are stuck, and thousands of seniors can’t go do the walk to graduate. A lot of them are doing it virtually, but many won’t be able to do the walk or prom. One daughter did prom with her dad in a living room.

“What I do for fun inside are just watch videos or play some games and workout,” said Senior Marc Joseph.

Half the day is school, but after students have a lot of free time. Most teens watch Tv and movies all day. Also, video games are a big thing. By now most parks are closed and they can’t go out and play or hangout. But you can still go outside and walk around. Some people still play basketball, but they can’t go play with their friends they have to do it with themselves or family. “It’s annoying, because I spend so much time with my friends and now, I can’t see them. Only on video chat,” said Addison Bledsoe. Students have been spending a lot more time with their family, because that’s all who they can see. Also, a lot of students need to work out, but all the gyms are closed. So, some teens are gone to the store bought some equipment and made their workouts in their garage.

“Pretty much all I do for fun is I shoot hoops in my backyard and just watch Netflix. Not much too do,” said Christian Gallardo.

There are many mixed opinions on online classes. Some hate it, but others like it and think it is easier. Students at Chapin only have 4 periods and hour each. But we also have a 2-hour lunch. You get into the online classes and the teachers teach then say what work to do. But it is a lot harder cause they can’t stay next you too help you out. But they also give out easier work sometimes. “My online classes are fine. I’m passing all my classes. The assignments themselves aren’t too complicated,” said sophomore Christian Gallardo.” The number one reason for not liking it is you aren’t face to face. But the number one reason students like it is they can’t see if you are doing your work and the school day is way shorter.

“Online classes are alight sometimes it’s just harder to learn since it’s just a video rather than a physical teacher where you can talk and ask questions,” said junior Vivi Chaves.