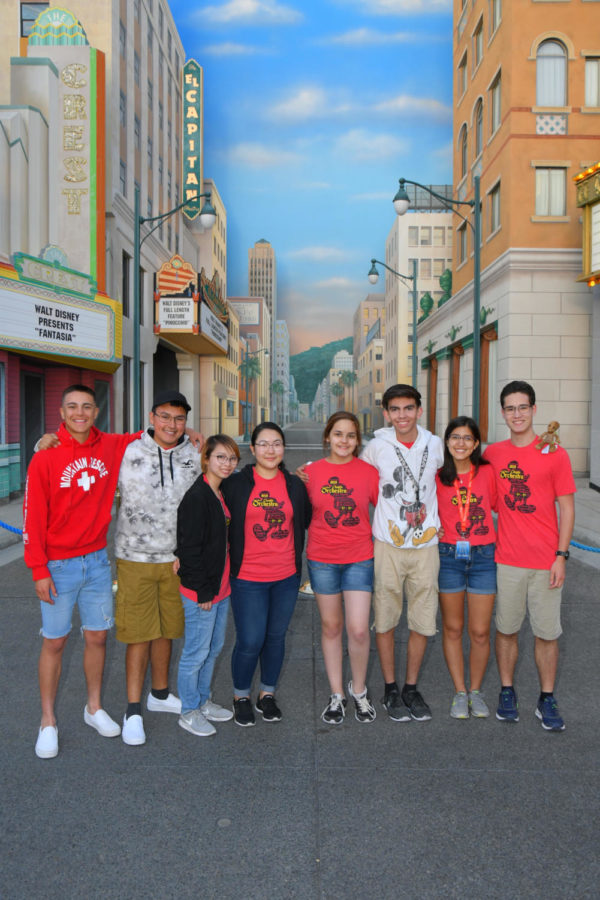 The past few days have certainly been stressful for many, but recently the Captain John L. Chapin Orchestra had the opportunity of a lifetime to take a break from school and travel to Anaheim, California on May 2nd- May 4th. This has become a tradition among the Chapin orchestra, who now travels every other year, the previous year being 2017.

On the first day of the trip, the ensemble had the opportunity to play backstage of Disney with a professional director. The orchestra recorded three Disney songs in the studio and these songs were then played over the Disney movies. There is no doubt that this is one of the most exciting parts of the trip for these musicians, with David Santacruz, a junior saying that it was “the opportunity of a lifetime.”

The three-day trip was fueled with fun activities other than the amusement park as Friday consisted of Anaheim Garden Walk, Newport Beach, and the Pirates Dinner. The pirate’s dinner was certainly not something that can be easily found in El Paso. With this dinner, groups are assigned to different color pirates who then give a show in which they battle, sing, act, dance, etc.

Perhaps the most tiring, but simultaneously exciting day was Saturday as the orchestra entered the park at opening hours and remained there until closing time, totaling 15 hours! Jae Hwang, a senior, said that “Even though my feet were killing me, I couldn’t help but ignore it as I was having so much fun with all of my friends.”

This trip was tiring, exciting, and full of joy for these fortunate students. Even though their next trip will not be until 2021, it is certain that it is something that they all can look forward to.