Books have been around for hundreds of years, used as ways to document the history and share art. Now, with growing technology and changing interest, most people don’t seem to have the time to read.

Many see books as a gateway to knowledge. Even those that don’t seem very practical can teach a valuable lesson.

A few of our fellow Huskies have agreed to share the stories that they think are important for teenagers to read, and that offer a new world.

The Harry Potter series is one that many have read in their lives, and quite a large sum of people agree that this isn’t just a children’s fantasy, but that it can show the importance of friendship and the endurance of love. The series consists of seven books, written by J.K Rowling. Each book follows the main protagonist during a different school year. The story is widely known and has a large fan base that’s still going strong. It has even been interpreted on screen, and a play came out a few years ago.

Another recommendation given was To Kill A Mockingbird. This book was written by Harper Lee, and is known to many as a classic novel, and it actually part of the school curriculum in many different places. This story takes place in Alabama during the Great Depression. It gives an inside look into the characters lives and teacher both morals and ethics.

Another popular recommendation was The Diary of a Young Girl, by Anne Frank. The story of Frank is widely known, but many have never read the book. This gives an inside look into life as a Jew in hiding during the Holocaust. It’s a first-hand account by a teenage girl and helps to paint the true horrors of this time period. It’s important to read the book to be able to fully understand what was happening and how greatly it impacted people. The story shows a child’s view, one that’s almost optimistic. Although the story is tragic, the book is a classic and will continue to be a great source of information.

The final recommendation is to just read everything and anything. Information is valuable, it’s a tool, a key. You can learn anything from a book, the possibilities are endless. You shouldn’t judge it based on stereotypes, the cover, or even the opinions of others. Judge it by it’s worth, and the message it tells. 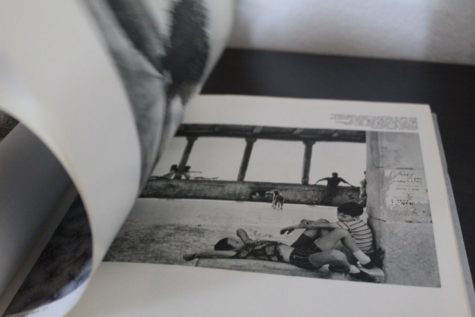