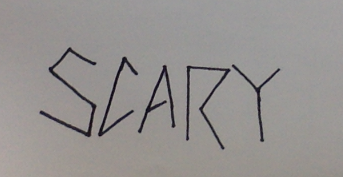 Something grabs you and suddenly you’re trapped, and a dark feeling takes over you, fear. Some of the most common fears of high school students are fear of change, alienation, crimes, public speaking, expulsion, and failure according to youniversitytv.com. This emotion is caused by the belief that someone or something is dangerous, likely to cause pain, or a threat.

“I believe that the origin of fear is obviously lack of knowing and not being educated about an issue or an event, or whatever is causing that fear,” English teacher Amanda Diaz said, “It’s not understanding all the aspects of it, so the origin of fear I would say is being uneducated.”

Opinionator.blogs.nytimes.com says that while fear plays a key role in some anxiety disorders (phobia, post-traumatic stress), it takes a back seat in others (generalized anxiety). Fear is one of the most primal human emotions, has both a physiological and emotional response. It also complex, differing from person to person.

“My biggest fear are clowns. Whenever I just see them, I get panicked but if they come out of nowhere, I start crying and my heart just starts accelerating,” freshman Kimberly Nuñez said. “Something that also calms me down is when people are there with me and reassure me that everything will be alright.”

“Growing up, I had a lot of fears. My biggest fear though was losing,” freshman Noah Miguel said. “I have overcome that fear by realizing that nothing could happen to me if I lost. All I had to do was shake it off and just do better next time.”